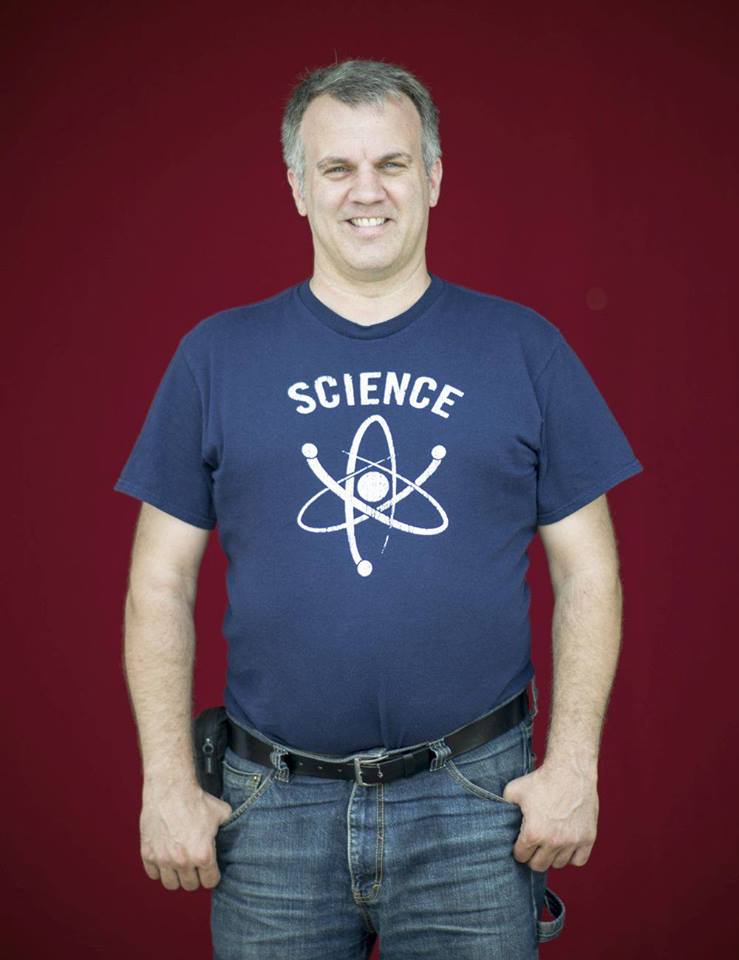 My name is James R. Skinner and I have had Empty Nose Syndrome (ENS) since 2011. This is my story.

I first started developing allergies around 2000. This was the first time I had any problems with my nose. At first it was just a nuisance that was controllable with allergy medication. Over the next few years I would have more and more troubles with congestion. By 2004 I was using decongestants and really struggling. In 2005 I was sent to an ear, nose, throat (ENT) specialist that put me on nasal corticosteroids. These helped some but didn't resloved the problem.

As my congestion got worse so did my sleep. I had always had trouble sleeping so this wasn't good. In 2005 I quit my job as I just no longer function or think straight. In the summer of 2006 I was diagnosed with sleep apnea and put on CPAP. CPAP helped a lot with my sleep apnea at first but it also irritated my nose a lot. My nasal congestion progressively worsened as long as I used CPAP which in turn made my sleep apnea worse.

My early 2007 things where really desperate. I could barely breath though my nose. I suffered 4 hypoxic events due the combined effect of not being able to breath though my nose and sleep apnea. I had stroke like symptoms on my right side from these events, the last one took 2 years to recover from. I tried desperately to get medical help but for some reason couldn't get taken seriously.

At the end of 2007 the supposed source of my sleep apnea was identified, a badly constricted hypopharyngeal airway. By now I had switched to using a dental device to control my sleep apnea as using CPAP just kept my nose swollen. The dential device didn't work as good as the CPAP. Over the next 2 years I suffered. I had terriable headaches every day and could bearly pull myself though life.

In 2009 it was suggested that I have turbinate reduction surgery to help breath though my nose and hopefully get back on CPAP. The wait for surgery was going to be 8 months dispite being put on the semi-urgent list. Instead of waiting I choose to go to the US to get it done. In January I had a septoplasty and RF turbinate reduction done by a very famous doctor in Cleveland, Ohio. When things didn't fully resolve I had submucus resection done in March 2009 by the same doctor. These both helped but didn't resolve the root problem in the nose. Still it reduced my suffering quite a bit so I was thankful. The doctor that performed those two surgeries told me about empty nose syndrome and warned me that I should not have any more reductions on my turbiantes as any more work on them would put me at risk. I didn't plan to have any more nasal surgery.

I continued so struggle with whatever was the root problem in my nose and I continued to have poorly controled sleep apnea for the next two years. In March of 2011 I went to see an ENT in Dartmouth, Nova Scotia. He performed a third turbinate reduction (RF) in his office with only 10 minutes consultation and despite the fact I suggested it was unsafe to do so. He burned a whole though the mucosa in my left turbinate. It seemed like something was wrong right away as recovery was way worse than the first two surgieres dispite this one was supposed to less invasive. My nose became infected. Over the next 6 weeks I developed empty nose syndrome.

The first year with ENS was rough. There where times I didn't know if I could handle it. I bearly left the house. I was in a lot of pain. I felt like I was sufficating. Thankfully I had a strong community of friends. I made a trip to ENS expert Dr Steven Houser in Cleveland with the help of fundraising in the community. He suggested I come back in a year but I had no money. A kind local doctor helped me get on disability.

The years ticked by and in 2015 I returned to the US. This time I saw one of the newer ENS doctors on the scene. He offered a newer treatment of Acell+prp injections. He also suggested that some of my root nasal problem might be due to concha bullosa in my middle turbiantes. During 2015-2016 I had six ACell+prp injections. These helped improve the health of my mucosa some but only provided temporary fading releif for the suffication feeling.

In December of 2015 I had the concha bullosa sugery. This turned about to be a mistake. While it did immediately improve my sleep apnea quite a bit, it greatly worsed my empty nose syndrome. The lack of enough nasal resistance is much worse and thus I feel short of breath most of the time. This results in getting tried out very easily. I was devistating to end up making things even worse.

In November of 2017 I went to London, Ontario and had a drug-induced sleep endoscopy done. Based on its results I returned to London in Feburary 2018 and the following procedures done: uvula flap, soft pallet shorthing (uppp), tonsoils removed, and tonuge base reduced. This didn't cure my sleep apnea but it did help some.

In August of 2018 I flew to Vancouver, British Columbia to meet with Dr Andrew Thamboo. Amazingly he had scheduled my visit to coincide with a visit from Dr Nayak who assisted on my consultation. They decided on two procedures, a nasal vestibular body reduction and hyaluronic acid (HA) gel injections. The injections made me feel better than I had since I got ENS. They are only temporarily so I returned in November and had a second round of injections. Sadly now many months later I haven't been able to get more injections. Even worse with out the injections the nasal vestibular body reduction has made my ENS even worse. I'm hoping to find someone locally that can do the HA injections on a regular basis.

This website is my contribution to the ENS community.

Related:
Help: What to do if you think you may have ENS